MC-VC 95: 1 was in Form One and I watched the game for the first time. Even though I had just started playing rugby, I could see that Vajiravudh College was too good and nothing short of a miracle could give Koleq a long awaited win against Vaji. The difference in size between the players was negligible but Koleq could not match up to the Vaji boys. Koleq lost 3-36. My youthful confidence began to wane.

MC-VC 96: I did not watch the game as it was played in Bangkok. We lost 3-73. That is the highest score ever in the history of our annual match against Vaji. From what I knew, the team had a lot of Form Four boys and the Form Four team was the project team. But when I heard that the team lost so badly, I realized that Vaji would never lose to Koleq. My waning confidence about winning in 1997 dissipated into thin air.

MC-VC 97: Even though I was not in the team, I was still part of it as the water boy. For your information, team ’97 was the Bung Wak Project Team. This was the team the old boys anticipated to be the team to finally beat Vaji. The game was the most evenly played game between Koleq and Vaji that I had ever seen. Koleq was very fortunate to have an excellent kicker. Unfortunately, that was not enough and Koleq lost 26-44 to Vaji. The team laid claim as the best team ever to have played against Vaji as the score was the highest score line since Koleq defeated Vaji in 1963. I accepted what they said.

MC-VC 98: I was in the first team but luck was not on my side. I had a severe case of diarrhoea the morning of the match so I did not play. One thing for sure, Koleq went to Bangkok without any expectations of winning the match. The game was evenly fought out during the first half as Vaji was only leading by 12-5 at halftime. Unfortunately, Vaji came back with a vengeance during the second half. The result was 10-36. I was frustrated I did not get to play. Maybe Vaji purposely poisoned me to prevent me from playing as they were afraid of me. That was the stupid excuse I gave when people asked me why I didn’t play.

MC-VC 99: I am the captain for this year’s team. I had no specific target for the game as I felt it was futile to set a target that may not be achievable. The only target I had decided to set for myself was to play the best game of my life. I will give my all to this game, as this game was the last 15-aside game for my team.

When the Vajiravudh boys arrived, I realized that a few of my teammates had their confidence shaken as the Vaji boys completely outsized us. When I saw that, my confidence too began to deteriorate as well. “I don’t care if we lose but please, please let us not lose too badly” was the thought that went through my mind. But our coach, Mr. Harith, had often told me that we would win this year, I didn’t know how he could have said that but I really hoped that what he prophesized would come true. I really hoped so. Mr. Harith was not the only person who had said that as my friends and some old boys had also said the same thing. I was bewildered as to how they could have so much confidence in us while I myself was having a confidence crisis.

7th August 1999, the day that I will always remember had finally come. I had mixed feelings. I was happy because finally I had the chance to play against the Vajiravudh boys but I was afraid that we might lose badly. I wasn’t confident but I had to hide my feelings, as I didn’t want people to know. I felt the day speed by and without realizing the time had come. We had our workout and after the Asar prayers, I prayed to Allah to give me the confidence I needed. “YOU (ALONE) WE WORSHIP, AND YOU (ALONE) WE ASK FOR HELP (FOR EACH AND EVERYTHING)”. Even after an inspiring pep talk by Mr. Harith, even after singing the Koleq song and even after the ‘brotherhood’, I was still not confident.

As soon as Akmal kicked off, the confidence I was looking for came. I could feel that the game I was going to play would be the best game I had ever played. While I was playing, I remembered the words of wisdom from the referee who told me that if I can control my mental game, I could beat anyone at all. Confidence!” I kept on repeating to myself as I dug deep within myself in search of the “Speret Koleq” and the additional boost in confidence I needed.

When the second half started, I could feel that the Koleq team was playing an almost perfect game. We were awesome. Once again, Koleq managed to secure a lead through a penalty kick by Alias who, unfortunately, had missed to convert a few kicks in the second half. My burning Koleq spirit burned in greater intensity. Vaji kept on attacking relentlessly but the attacks weren’t enough to penetrate our defence.

The clock was ticking and time was running out. I could see that the Vaji boys were getting disheartened and were feeling the pressure whereas the Koleq boys were playing with gusto and passion. In the last few minutes of the game, Koleq was awarded a penalty right in front of the post. The team, in unison, pointedto the post and asked for a kick. Alias confidently did his job well and got the three points we needed.

At that point in time, the realization that Koleq would win dawned upon me. The wait for the final whistle to blow seemed to be forever. When the final whistle was blown, I lost control because I was too happy. I was on top of the world. I was proud that after 36 years, Koleq had finally defeated Vaji. I don’t know how to describe the way I felt at that time but one thing I knew was that I was so ecstatic.

Later, we sang the college song. When we reached the part of the lyrics that went, “Bangga kurasakan, khidmat kuberikan.” I have never felt prouder than I did at that moment.

CARPE DIEM. A Latin phrase I had heard meaning ‘seize the day’ The opportunities await us and we must decide whether to take the chance or play it safe. We took the risk and won the game. To my beloved teammates who had given it their all, thanks for everything. 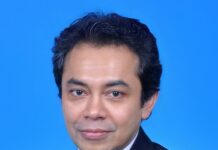 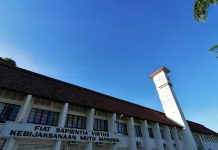