The stamps, in denominations of 30 sen and 50 sen, feature the college’s famous landmarks – the Big School, the Prep School and the Big Tree.

The Big School is currently the main hostel for the seniors while the Prep School houses first-year students.

The famous Big Tree has been around for a long time, said to be as old as the school itself.

There is also a miniature sheet, retailed at RM2, which features the four founding fathers of MCKK.

At the launching ceremony, four men brought in the stamps and first-day covers and handed them over to Sultan Azlan Shah, who later signed them.

In a symbolic gesture, the signed covers were then handed over to postman T. Vasu, who in turn handed it over to MCKK principal Mohd Rauhi Mohd Isa. 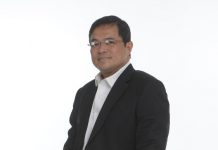