Schools become known to the public for their institutions, for the works of their teachers and the old boys/girls they produce. The Malay College Kuala Kangsar (MCKK), founded in 1905, has been remarkably distinguished. Much of its reputation is owed to three great headmasters: William Hargreaves, the first HM, who served from 1905 till his retirement in 1918, C. Bazell (1923-38) whose students included Tun Razak and Tuanku Jaafar Ibni Tuanku Abdul Rahman, and H.R. Carey (1938-1949).

Following Malayanisation in 1965, its character changed.

Because the enrolment is unreservedly in favour of the rural schools, the MCKK espirit de corps, elan, and ethos has also been affected.

On August 17, I revisited my alma mater after nearly 15 years. The loss of its federal status has damaged it irreparably.

But by virtue of its history and distinction it is still the flagship of all residential schools in the nation. MCKK is without doubt the most famous school in Malaysia, and I think, the most maligned, too.

Whatever, the myth MCKK evokes commands an intense and often absurd loyalty from its old boys which no other Malaysian school enjoys.

I had returned to address students on the importance of education knowledge, pursuing excellence, and that English is a peerless language for the acquisition of knowledge.

This is what I told the students – the shortened version:

“Since then our alma mater has been less than what it once was.

It is not getting any better. I have to be frank with you.

Unless we do something drastically and quickly _ change for the better – we can only reflect with pride on our past glory.

There are today 39 fully residential schools excluding those run by Mara and other agencies.

At Independence there were only two – MCKK and the Malay Girls’ College now known as Tengku Kurshiah College.

The Prime Minister, Datuk Seri Dr Mahathir Mohamad has asked us to stop the rot in education and general discipline.

This is something to be cherished but is perhaps unattainable; it is nothing but a dream.
I will agree with you if you think so.

Of course, you are right. It is a dream; it is the Malaysian dream.

To me, the Malaysian dream stresses equal opportunity.

When I arrived at MCKK in 1948, it was essentially a school for the Rajas and aristocrats.

It was worse before the Second World War.

The war changed it all.

Dato Onn Jaafar, an old boy, was partly responsible for making MCKK a residential school for all Malays based on merit, instead of birth, as the passport to enter it.

For sure, if it had not been for meritocracy I would not have been here.

The rise of the son of a taxi driver to become an architect, another a Cabinet Minister and yet another, the son of a male nurse, who nearly became PM, from rags to riches as it were, was an enactment of the Malaysian dream which began here.

Forty years on, we are still struggling to attain that dream; for a long time Tun Razak, Dr Mahathir and people like me worked, and are still working, to get what we always wanted for our people: a free society, free in the sense that every Malaysian is his own supervisor and the architect of his own desires and ambitions.

We want a good society – humane, equal, just, responsible, and prosperous in which all enjoy equal opportunity; equitable distribution of wealth and to rise to the summit of the Malaysian Everest, be it in politics, the professions or the corporate and academic worlds.

This, I think, was and is the Malaysian dream.

What I have stated perhaps defies definition as much as it invites discussion, and I look forward to listening to what you have to say about all this.

The Government, I think, wants a combination of freedom and opportunity, with growing overtones of self-reliance, social justice and less manjarism (subsidy syndrome); and less dependence on the Government for everything.

In the personal sense, I can only say this to you tonight, that I believe in the Malaysian dream because I have seen it come true in my life.

I see it in you here in Hargreaves Hall.

We have had, since 1957, political independence but we are still struggling for economic freedom.

Tun Razak raised, and Dr Mahathir is raising the standards of living and education higher than any other time in our history, and higher than any of our neighbours except perhaps for Singapore.

We have managed to do all this through good governance, private and free enterprise and economic democracy, albeit with occasional government intervention.

However, in more than one way we are all still intellectually colonised whether we like it or not.

In 1935, Jesus Christ asked Sun Myung Moon to save the world.

More recently, Jesus Christ has been asking Americans to save Asia.

But is this the fault of Jesus Christ?

I suggest it is not even the fault of the Americans.

They are doing what is good for them, so said a recent letter to the editor in NST by T.J.S. George, a friend and founding editor of Asiaweek.

I will say nothing about movies and entertainment; CNN, CNBC and BBC and so on.

We still read the rubbish Western journalists produce, claiming to be the Voice of Asia but they are actually preaching Americanism and Western interests.

As we continue to enjoy the fruits of Merdeka, and you inhabit this great college, it is imperative that we continue to learn wisely the lessons of history.

It can be a force in welding the people together.

The past will mirror the future.

We live in a multi-religious society, each group maintaining its own language, religion and tradition.

Though we form the largest group we are the poorest, the least educated, we do appear to be dominant only in politics, in civil service and the armed forces and the police.

Nothing else really, besides these.

The Chinese, though only 26 per cent of the population, control the economy, together with foreigners.

They excel in education and, along with the Indians, dominate the professions, IT and K-economy.

The British gave us Merdeka because we could work together with the Chinese and Indians.

Together we achieved freedom; together we defeated the communist revolt and in concert we built and are building this nation into what it is now.

Pas wants to turn this nation into an Islamic theocratic state; this is its doordie objective, and in a democracy, Pas can prosecute its political objective in peace.

Whether it succeeds is another matter.

I submit it shall remain a dream because we are not a homogenous society.

It can’t happen here because of the delicate racial balance which exists.

The non-Malays will not support it, nor will Malay liberals or the intelligentsia.

I have said enough; not too little nor too much.

My job is to inform the young generation of your college heritage and that of the nation because I want you to preserve (and enhance) the principles upon which our beloved nation was founded.

I want you to be realists, not dreamers, to accept realpolitik.

We are reforming and adjusting, otherwise we will be finished sooner than we realise by globalisation.

The outcome will be crucial for the balance of power, for Islam and even for our existence.

We live in a rough and poor neighbourhood and it demands a strong political leadership, prosperity and a professional military force with a capability to deter enemies.

If we are weak, if Umno is diminished further and politicians are feeble and impotent, and not credible, what chance do we have?

Pause and think, look around and grasp the situation and the challenge facing us.

You would maybe start to see things objectively; things you never expected; the strengths and the flaws we are and were unaware of; we start to see may be a bit of ourselves, warts and all.

We shall overcome every challenge and survive, but only if we (Bumiputeras) concentrate on remaining as an integrated whole.

To maintain what little we have and Malaysia as it exists while enhancing ourselves, the Malay leadership must create the situation on the ground that suits us, and force anti-national forces, foreign stooges and adversaries into accepting it.

A race is either free or it is not.

There cannot be real Merdeka for that nation unless it overcomes economic limitations and preferably attains economic independence which we are striving for; a difficult task awaits us.

And for you, please remember this: knowledge is power.

By nature all boys and girls are alike, but by education widely different.

I am a great believer, and a living example of the truth of this Chinese proverb.

Seldom have the Malays been intellectually and politically as restless as they are now. Not only are they faced with the multitude of problems arising from divisions within the race, requiring new and brave approaches to save themselves, but the nature of these challenges is different from anything that they were accustomed to.

Seldom was MCKK intellectually imperiled as it is now. In order to continue flourishing, it must not waste the talent of students who have and are entering it based on ability, and not on birth first, which began in 1947.

I admit some faults. But I have neither understated or overstated anything about my alma mater. 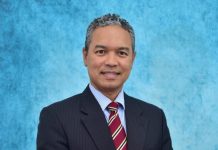 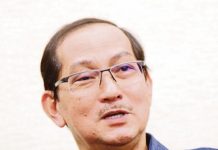 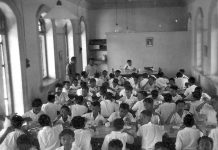 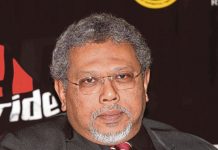