KUALA KANGSAR, June 27 (Bernama) — The establishment of the Malay College Kuala Kangsar (MCKK) in 1905 was the start of an education revolution for Malay children in the country, said the Sultan of Perak, Sultan Azlan Shah.

He said with the setting up of MCKK, the education system was transformed to a curriculum that built intellectual strength and armed Malay children with knowledge to face a modern world.

“The education curriculum before was just to make Malay farmers, fishermen and carpenters to be better than their fathers.

Sultan Azlan Shah said MCKK was established through the demands of the Malay rulers who had long thought of the importance of a quality education programme for Malay children.

“The idea was born in the palace for the welfare and importance of the people. My ancestor, the late Paduka Seri Sultan Idris Murshidul Adzam Shah I, the 28th Sultan of Perak, was among those who spoke strongly and played an important role in efforts to establish the college.

“As soon as Sultan Idris got the support of the Inspector of Schools for the Federated Malay States, R.J. Wilkinson, he offered land in the Royal Town of Kuala Kangsar to build a full-boarding school for Malay students,” Sultan Azlan Shah said.

He said the proclamation of MCKK as the Heritage Institution of Culture and Country in conjunction with its 100 years anniversary was recognition from the Malay rulers and the country of a college that began with three staff members and 59 students.

As such, MCKK as a premier educational institute was bound to continue the tradition of excellence and efforts to improve must continue so that the college continued to play its role as an institution that was superior and respected. 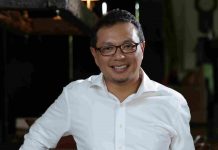 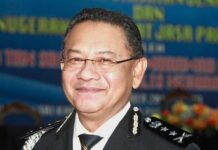