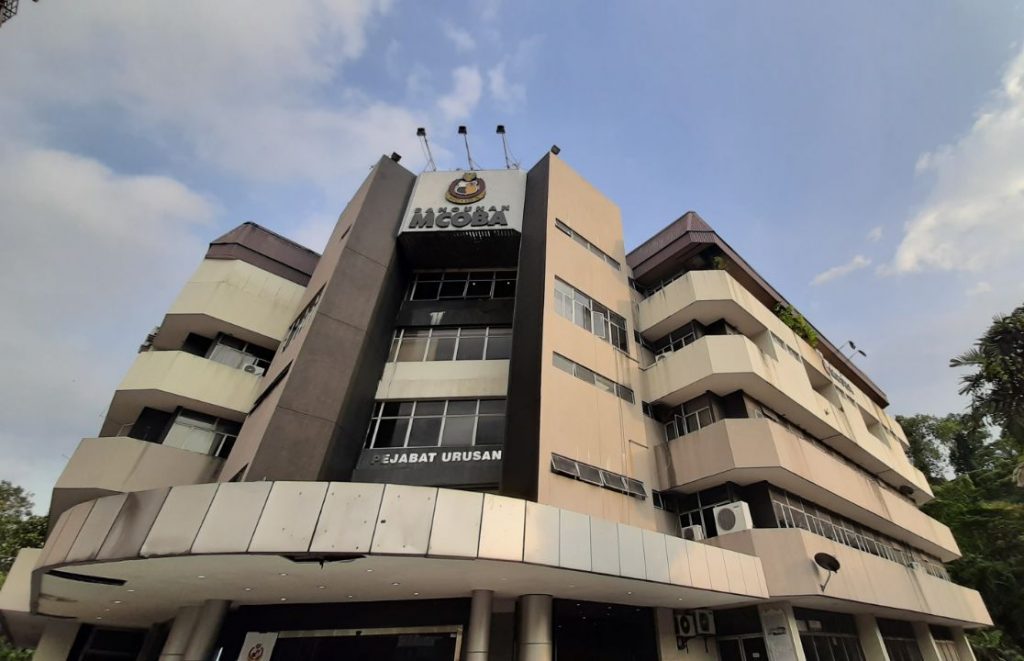 One of the most significant milestones for MCOBA was the construction of Bangunan MCOBA, which currently houses the MCOBA Secretariat. This is that 5- storey building you see on your left besides MAYC’s Wisma Belia as you drive along Jalan Syed Putra towards Petaling Jaya. On it is this big bold logo displaying the insignia of MCOBA with the big proud word Bangunan MCOBA. It once housed one of the nation’s prominent conglomerates that made privatisation into a public concern (with the public eventual paying toll on highways). It was where many corporate decisions and mergers were made – a hive for corporate bees. Now it sits forlorn devoid of many activities – a derelict in much need of major repair.

The idea of having an own building for the Association had been around for quite some time. In order to raise money for Bangunan MCOBA, various fundraising events were held, especially during the MCOBA Annual Dinners. The land was acquired during the time of Tun Abdul Razak, a prominent Old Boy who was also the Prime Minister of Malaysia. It was a reserve land of a government corporation LLN (Lembaga Letrik Negara) now Tenaga Nasional Bhd. The GM of LLN than was also a pre-war Old Boy, Tan Sri Abu Zarim.

With the fame networking of MCOBs in different departments in the Land Office, City Hall, the land was alienated to MCOBA. MCOBA secured a Bank loan and plus the many generous donations from MCOBs (some even made regular donations from their monthly earning), the project of building then got underway. The consultants for the project were MCOBs led by the illustrious architect, arwah Dato Ikmal Hisham Albakri (C’49). The groundbreaking ceremony was finally held on 25 July 1974 and construction commenced in the same year.

MCOBA owns 4 lots/pieces of land in Jalan Syed Putra. The present MCOBA building is presently sited over one of them. The total land area of all the lots is 2.6 acres. MCOBA has another land property’s Bestari Jaya (formerly known as Batang Berjuntai), a 30 acres land in front of the UNISEL campus but solely designated for education purposes only. This land has certain issue that need special effort to overcome before any development can take place.

Since its opening, the Bangunan MCOBA has become a clubhouse for members of MCOBA – a place where activities were held, where MCOBs of different age groups and batches congregate and bonded – a place MCOBs regard as their home. It was a place you want to go ‘lepak’ where everybody knows your name and they’re always glad you came.

It was also a place where MCKK boys would be feted by MCOBA and made welcomed whenever they came down to Kuala Lumpur for activities like debates or games with other schools in Selangor or Kuala Lumpur. Sometimes, MCOBA building was their place of stay. For many MCOBs, this was a place for concert practices, jamming session, game of pool and as a hang-out place to de-stress maybe over a game of ‘terup keling’ while having your cigars over drinks of ‘Teh-tarik’ and other special brew.

It was also a place of meetings, conferences and lunch talks. Many Annual General Meetings of MCOBA was held at this building and it has seen many changes in its leadership. It was the kind of building that remembered things, deep-down things, things that rode tears and roared laughter into the world, telling them back to anyone old enough or wise enough to know how to listen with their eyes. This old building has souls.

It is now nearly 40 years since its existence and since then been through various transformations. In its early years, spaces were rented out but it was not enough to sustain the activities of MCOBA more so MCOBA still has to pay the loan it took for the cost of the land and its development cost. This would include paying the assessment, quit rent, operational and maintenance cost of the properties. MCOBA still relied on its bank of donors and other fund raising activities like the MCOBA Annual Dinner, Golf competitions and the likes. Most of its activities are self- funding with the surplus going in the coffers of MCOBA.

Sometimes in 1989, Renong Bhd, then known as one of the biggest Malaysian conglomerates that has close ties with the government decided to make the MCOBA building as its corporate office. Renong was headed by a prominent old boy who was also the then Honorary Secretary of MCOBA. Renong proposed a long lease of the building taking up 4 1/2 floors with 1/2 floor for MCOBA for its secretariat and also for its activities. The icing on the cake was that it paid the long term rental upfront which enable MCOBA to pay its outstanding loan plus interest. As such MCOBA was free of debt pertaining to its building funds and the surplus was used to fund its activities. Renong even took up the maintenance, housekeeping and security cost of the building.

However, with the market crash in 1997, the project was stalled and the new MCOBA building did not materialise. However, the developer had deposited a sum of RM1 million which was guarantee of performance. If for any breach of performance, MCOBA had the right to forfeit that amount into its coffers which it did and placed it in their fixed deposit account.

Renong became UEM but business was as usual at MCOBA. Problem began to loom when UEM decided to build its own corporate Headquarters in KL Sentral. With the completion of its building, UEM moved over to their own building, Mercu UEM in 2011. MCOBA had to find a new anchor tenant. It found a tenant, an IT company called Hopetech. So, down came the UEM logo and up went Hopetech. But there was no upfront rental long term lease agreement as in those days with Renong. So it was just on a monthly rental basis.

In the beginning everything was OK dowry but as years went by, the rental was getting delayed and request for postponement of rent was frequent. Apparently, the company had cash flow problems with finally ended with bankruptcy. MCOBA was stuck in between not getting its dues as a landlord in outstanding rental fees and getting nothing at all. This put MCOBA in financial dire straits to sustain its operational issues and upkeep of the building. The RM1 million it forfeited had already been depleting as well. Since Hopetech vacated in 2013, the MCOBA building has been void of tenant ever since albeit a small office from a start-up IT company Katsana, owned by an Old Boy from the Class of ‘04.

A major fundraising was done during the Annual Dinner 2014 and close to RM1 million was collected. But as how much was collected, much is also would be needed to be spent especially an old derelict building with needs constant loving care. A simple arithmetic who shows you that with an operation and maintenance cost of roughly RM50K monthly, a RM1 million collection would take roughly less than 2 years to deplete. The redevelopment of the present Bangunan MCOBA has been discussed many years before as far back as 1996 and has continued through the times especially in view of obtaining some sustainable income for MCOBA.

At present, the MCOBA building needs a lot of repair and acute maintenance care, and as years go by has become costly to maintain and up-keep. There has been several breakdowns in water supply due to old plumbing systems, breakdown in electrical system that called for total rewiring system, breakdown in the lift services that called for total replacement of lift system. With it is also the total replacement of finishes of wall, floor and ceiling. A total dilapidation survey needs to be done and all this carries the inevitable cost of doing it up which cost money.

As such, a total long term strategy for redevelopment has to be rethinking to enhance the value of the land while considering the sustainability of MCOBA to fund its operational cost and funding its activities. MCOBA has assets but they do not have much in the coffers. As such, an innovative long term smart partner development as what was proposed in 1996 but abandoned should be considered.

As risk mitigation, MCOBA should jointly develop the land with an accredited property developer, but the land should not be used as collateral for the development. All costs relating to the redevelopment of the said land shall be borne by the developer. As a measure to sustain MCOBA, for it to be relevant in the future, there should be a staggered cash up-front payment to MCOBA and there should be a proposed profit guarantee based on the Gross Development Value.

MCOBA should also retain some floor areas for its secretariat and its activities. But whatever proposal agreed upon has to be tabled to its members as in accordance with its Constitution pertaining to assets. Selling the land should not be an option but a ‘win- win’ situation should prevail.

Good buildings like the Bangunan MCOBA come from good people, and all problems are solved by good design and good intentions. This Bangunan MCOBA will continue to be the legacy of MCOBs. They will be speaking of it long after we are gone. No doubt there are sentiments attached to this property as properties like this that move the spirit have always been rare. In every case they are unique, poetic, products of the heart of many Old boys. It took a lot of efforts of many good people to build it.

Anyway moving forward we need to strike a balance between nostalgia, legacy & honouring what the MCOBs then had intended against the future and the requirements of the MCOBA. As the Bangunan MCOBA gently weeps and leaks in old age, MCOBA bleeds profusely as well. The Old Boys still continue to sweat!

Educating our children – elitism vs egalitarianism 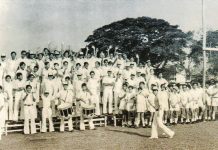