HE spent almost his entire working life teaching at the Malay College Kuala Kangsar (MCKK), building a devotion that was hard to surpass. And for that, Tan Gim Hoe was given a fitting tribute by the old boys of the school at their annual dinner in Kuala Lumpur last Saturday night.

What was even more heart-warming was that Tan’s story struck the right chord in the consciously volatile ethnic relations in the country today.

To put it bluntly, he is Chinese and his job posting for nearly 34 years right after the watershed May 13, 1969, racial riots until he retired in 2005, was at the all-male, all-Malay residential school. He didn’t mind it at all, and when his citation was read out by old boy Tan Sri Azman Mokhtar at the dinner, the applause was loud and clear.

His was yet another case of long-serving and selfless teachers to have left their marks in the MCKK classrooms, and they are mainly non-Malays. In fact, Chinese teachers made up almost 80 per cent of the teaching staff at the school in the 1960s and 1970s. Most have come to be remembered for their commitment till this day.

A few years ago, Liew Yong Choon was given the same honour as he was a teacher who had given his all in coaching the school’s basketball team, which had become even better than most all-Chinese schools.

Tan, now in his late 60s, was posted to MCKK in 1972, just after his stint at the teachers’ college, and taught Mathematics to Form One students. By that time, however, I was already in Form Six and my days at the residential school were coming to an end, so I did not really have the privilege to be his student.

But his reputation lasted beyond his years at the school as he built a cult following among his students.

Among other things mentioned in the citation: “Mr Tan would fret and do counselling to those weaker than best students’ performance and would readily do extra tuition class on his own time and initiative. During exam days, especially for the maths paper, Mr Tan would go to the dormitories and personally wake those boys still sleeping, perhaps out of exhaustion from their last- minute study the night before. He would also be the only teacher waiting outside the exam hall wishing and encouraging his students to do well in the maths paper.”

Indeed, school reunion dinners usually bring back a flood of memories that tug the heartstrings like the above tribute. Underneath the private jokes and immortalised stories about the mischief and recalling the days of having a solid love affair with spaghetti westerns and British pops, we have come to accept that those days are gone and will no longer return.

As my classmates and I grow older — some have left us for good — Saturday’s event came as a stark reminder that old teachers and old images are already in the distant past.

And next year for this group of us, it will be our 50th anniversary of entering MCKK as innocent pre-puberty Form One students. Apart from showing how old we have become, the thoughts of the past means that for all of us who entered Form One when Kuala Kangsar was reeling from one of its worst floods on the first week of January 1967, we have been friends for 50 years.

For students in a residential school where hostel life means inter-acting with each other day in and day out, it is a big achievement. 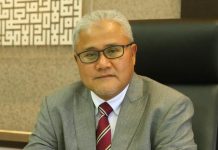 Noorazam Osman appointed as the Chairman of Yayasan JDT