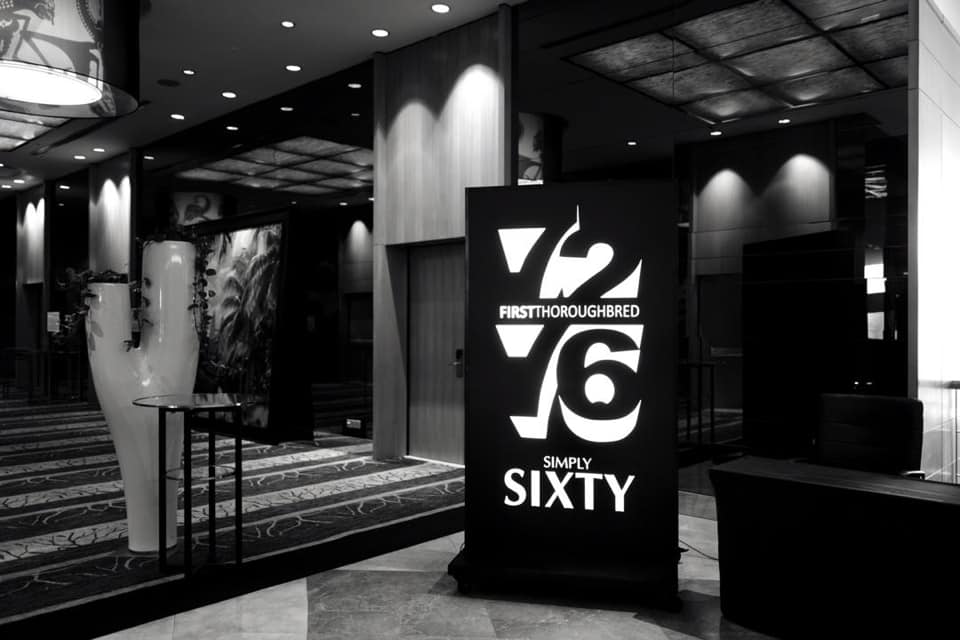 The moment frozen in time: teardrops, filled with hopes and dreams, flowed at the last goodbyes. The class of 1976 of the Malay College Kuala Kangsar (MCKK) set off into the world, eager, excited and with little idea of the life ahead.

Now, almost 44 years later, we reassemble for another hurrah and huh-ha. It was good to reminisce with old friends, a chance to share some memories, and play our songs again. No doubt, reunion after long separation is even better than one’s wedding night…inducing that upright good feeling after a one night’s stand.

Forty three years ago, armed with an A3 sized black Thoroughbred 7276 commemorative book with ‘as-we-were’ photos and wishes of friendship and love forever and with freedom from either the joys or traumas – or both – of MCKK, we were now adults able to make our own choices.

Some went right to work, some went colleges and universities, some got married and some just went missing. The halcyon days of MCKK soon succumbed to the realities of real life.

Even though the words were unspoken, most of us thought we will never see each other again. Yet the real value of the 60 years old Birthday reunion is perhaps the awareness that many of us did make it this far in the journey and, in some way, to give each other a boost and a reminder of how fragile life is. Each day is something to be made sacred. Perhaps, it is also to reclaim, even in our threshold of the Golden Years, some of the aspirations and hopes from that day when we set forth off into the world. Even though our youth is gone, we can enter the final decades of life with youthfulness and hope – and perhaps with more skills and experiences than we possessed back then to make our dreams into a reality. Time endears but cannot fade the memories that friends have made.

Sitting there 43 years later, it hits me how surreal this all is. Actually, I was not sure why I really came to this reunion. Where had the decades gone? I am caught between the reality of being 17 in 1976 and meeting some old guys from the same class of 1976, and apart from many of us being 60 years old grandpas, it appears that I have no connection to my life, or even life at all, and the idea of my meeting relics from an ancient time is like a Class excursion visiting a Museum of Natural History. They don’t see my idealism, my dreams, and my connection to this world.

But nearly all of us are inextricably linked in the web of life and time (including the various WhatsApp Groups). As human beings, we don’t know the future, we yearn to reclaim the past and we have difficulty living in the present. Why do we come to a 60-years old birthday reunion? Is it to go in a time capsule for one night, reclaiming our youth? Is it for one night to forget the existential realities of growing older, loss and illness?

For the MCKK Class of ’76, we lived between the ordered world and material world. Our lives were caught in the haze of change – between a world of social rules and values and a world where everything became open for discussion or arguments. Many of my batchmates seem to have held on to conservative values – only embracing change out of necessity.

Our 43-year journey has been marked by tremendous social change, civil unrest, technological advancements, political humiliations, loss of trust in public leaders and when modern Economists and Politicians try to mitigate the populous swings but because of self interest, the zero sum effect always destroy what ever good that was planned. Then there is the overbearing of ‘Ketuanan Melayu’, Islamisation, Orang Asli rights, LGBT and a significant increase in corruptions, prison population and the decline of public education – to name but just a few of the many changes.

I realised that there were three categories of FT7276. The first is those who chose to participate – about eighty percent attended. Their stories reflected the vicissitudes of the journey: joys of children and grandparenting, failed marriages, professional success and disappointment, death of loved ones including spouses, siblings and children, life abuses, lives of purpose and time squandered. This reunion was different than any of the previous one – I did not hear any of the wishes of “See you in ten years.” Everyone there knew the reality of what might happen to many of us in the next decade.

There was a lot of conversation and a video presentation about who had died. Some of their widows were also present that night. I heard the question all evening: How did he die? Why that question? Is it because of the fate we are all keenly aware of, that eventually we will all be on the deceased list or ‘In memory’ video presentation. I found it quite intriguing that the question was not followed up with: What was his life like? What did he do? Perhaps it was easier to talk about those no there then to really engage each other.

Then there are all the people who had died: by diabetes, by cancer, by heart attack, by broken hearts, in isolation and despair. Life had taken many of them way too early. The only image most of us had of them is the youthful picture in the commemorative book. Perhaps it’s better to hold on to that image?

The final group, was the minority of people who did not attend. One can only speculate why: illness, embarrassment, trauma, life commitments, inferiority complex, selective amnesia, about their appearance or life, economics (the reunion cost RM150), not wanting to see their batchmates forty three years older, not wanting to be seen forty three years older? Maybe they decided that they want nothing to do with the former mates?

Was it worth going to the reunion? Yes. It was perhaps the last leap back into the formative years of my adolescence. It made me feel good about how far I had come from the neurotic anxieties which had permeated my life at that time. Finally, it did give me perspective into the future – that it is the present, not the past or the future, which needs to be valued and lived fully. I can still shed tears of goodbyes and fill it with realistic goals and dream. Every parting is a form of death, as every reunion is a type of heavens. The euphoria of the reunion has diminished till the next one. School’s out, Memories past, Don’t ever doubt, Our friendship will last. 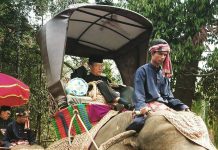 The march of the elephants, MCKK CCD 2005 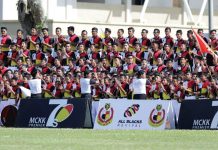 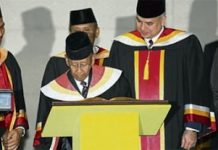 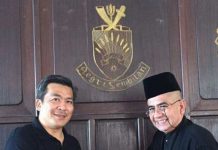 COVID, LOCKDOWN AND RAMADHAN – Some reflections for the believers