Heartiest Congratulations to Sarly Adre Sarkum (C’92, Mohd Shah) on being elected as the President of Pertubuhan Akitek Malaysia (PAM).

In 2010, he also developed the Seascraper for the Evolo Skyscraper Competition in 2010.

Sarly Adre was born in 1975 at the Hospital Besar Kuala Lumpur. His primary education was at Sekolah Kebangsaaan Tengku Raudzah in Alor Setar, Kedah, Wellesley Primary School in Penang and King George V Primary School in Negeri Sembilan. Despite his personal struggle with dyslexia, his excellent performance in the primary year 5 National Standardised Assessment Exam earned him a place in the premier school Malay College Kuala Kangsar.

He later did his ‘A’ Levels in Mara Science College Kuala Lumpur (MSMKL – Maktab Sains Mara Kuala Lumpur) in Cheras, Kuala Lumpur. In 1993, he won the nationwide science essay writing competition by BP (British Petroleum) Malaysia with his essay entitled “Renewable Energy Resources for a Sustainable Development in Malaysia” which he became Malaysia’s representative for the 35th London International Youth Science Forum under BP’s full sponsorship.

He continued his architectural preparatory studies at Institut Teknologi Mara Shah Alam. He subsequently obtained his Bachelor of Arts in Architecture with Honours from the University of Liverpool. After returning to Malaysia, he spent a year out for practical experience and to complete a family project after which he pursued a post graduate degree at Universiti Sains Malaysia. He was conferred the Bachelor of Architecture (Honours). He was also awarded the ‘Gold Medal’ for being the best student in Architecture at the university in 2001.

His graduating Project Neo Tamingsari – Cynosural Nexus For Cyber Technetronic Defence was chosen to represent Malaysia in the first Archiprix International in Rotterdam Netherlands as one of the world’s best graduating project. The project was supervised by Dr Ku Azhar Ku Hassan, Dr Kenneth Yeang and Mr. Azmiluddin.

At the Archprix International Workshop, he led the team consisting of Japanese architects Maya Nishikori and Tsuyoshi Noguchi, under the supervision of Kamiel Klaasse with Michel Schreinemachers to collaborate on a project named Phat House. The Phat House is a house that transforms itself in accordance with the users tendencies and whims with reference to the emerging ‘hip hop’ culture in Hoogvliet, Rotterdam.

Upon obtaining his Part 3 Professional Architecture License from the Board or Architects Malaysia, he became a partner at BDA Architects Sdn Bhd and led the Kuala Lumpur office of the Architectural Firm from 2009 until 2013.

After relinquishing all shares of BDA Architects Sdn. Bhd. in 2013, Sarly Adre then founded and led [SA]² or Sarly Adre Sarkum Architecture Sdn. Bhd. which epitomised his belief in a new form of architectural practice which uses disruptive technologies at its very core to generate more efficiency and facilitate better design.

In 2019, he has been appointed Associate Professor (Industry) by the University of Malaya at the Department of Architecture, Faculty of Built Environment. 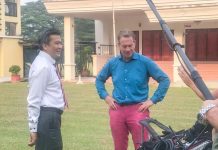 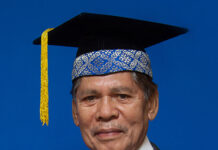 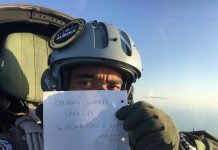 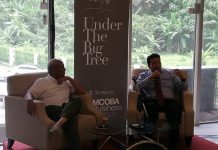